A Conversation with Ms. Nose

On a dull afternoon, I grabbed the corner of my bed which faced the window to the open sky. The gray clouds had comfortably taken their respective seats in the sky and had been contemplating since long about rain. While the clouds were busy in their discussion and the husband was out to get the car serviced, I decided to spend some quiet time, after the early morning weekend chores.

I rested my head against the otherwise ignored pillow and closed my eyes. Just as I was about to doze off, I heard a loud roar. The clouds had made their decision and a heavy shower followed. This reminded me of the thunder and lightening in Michigan that had the power to wake me up from sleep. A few steps back in time and the days in Pune, when I reached office all drenched, flashed before my eyes. It did not stop there. Rainy days in school, which were once the most awaited days of the season were recalled and a broad smile flashed on my face.

I suddenly realized how my ears, brain and eyes had helped me relive all the beautiful days of past. I quickly scratched my nose and said to her- "You lazy fellow! While you sit here doing nothing, all the other senses are working hard to take me back to the pleasant days. You never really think of any such thing, do you?"

This was a jolt good enough for Ms. Nose and what she threw back at me was no less than a walk down to memory lane.

Ms. Nose to me, "Take a deep breath and tell me if you smell something."

Hmmmmmmm! "Yes, the smell of rain! Ah, the sweet smell of rain. Should I say wet soil instead? The smell that brings so much of comfort. A relief from sultry summers. So fresh"

Ms. Nose suddenly became Ms. Proud Nose and slammed a "See, I can refresh memories too!" back at me.

Not happy with the touch of arrogance in Ms. Nose's voice, I rejected the claim. I wanted more and Ms. Nose happily accepted the challenge. The conversation that followed was no less than a walk down the memory lane.

Ms. Nose started with firing a few questions at me. "Tell me of a smell that's choking." I knew the answer. Ms. Nose was being generous. Did she just start with an easy one or it's gonna be same throughout, I thought. "Daal ka tadka", I replied. Something that I need to learn from my husband. My tadka is hardly any tadka. On second thoughts, when he is so good at it, why do I even have to bother learning. Right? **wink**

I turned my face to the stack of laundry that I had just folded and done with. "This smells clean. Absolutely clean!"

Ms. Nose nodded in consent. Next up, "Delicious".

I knew it had to be food. Ice creams. No. Sweets. No. "Dad made Chicken Curry." YES! "Mom's Sambhar. Grandmoms' halwa and barfi. Smell of chinese in one of my favorite restaurants. Cake being baked in the oven. Ma..."

"STOP!", shouted the stomach. "If you really want to continue with your conversation, you better move to the next smell before I hit the 'HUNGER' alarm."

Ms. Nose and I had a hearty laugh. Mr. Stomach blushed and grinned.

The smell of something burning makes you jump off your seat! Every time I forget something on the burner in kitchen and the smell leads me to have a look at what has turned into char, the site is dreaded, indeed. But burning smell gave me pleasure!! When did that happen! I had to turn to Ms. Nose for the answer.

"Remember, as a child, you had this weird affinity for burning paper. In the afternoon, when it was time for your mom's power nap, you used to get newspaper or pull some sheets from notebook and burn it in the kitchen."

"Oh yeah! How could I forget that" and a broad grin, from one ear to another flashed on my face. O! how I prayed for mom not to enter the kitchen unless the burning smell had subdued. Childhood is crazy fun!!

Talking about childhood, the other smells that quickly brought bags full of memories were antiseptic and fevicol.

Say 'antiseptic' and the bottle with green cap flashes before the eyes. Dettol. Unlike my sister, I hurt myself very rarely but when I did, the sting of Dettol was what I was more scared of than the sight of blood. But I was very fond of adding Dettol to water and see otherwise brown, translucent liquid create beautiful, white waves in water. I sat to watch it unless the white waves disappears completely.

Fevicol, the white glue, was my favorite school supply. I had always had interest in crafts and the high that I got after smelling Fevicol, got the best out of me. Oh and yes, what fun it was to peel of the adhesive from the skin after use. Tried it? I am sure you did.

I was loving this game. Within seconds I had covered the journey from being a little girl running in the park to being the head chef post marriage. **smiles**

"The look on your face tells me that you are already running back in time." Ms. Nose continued, "It's so good to see you happy, my dear. Just as good as it was to see a smile on your pale face after you breathed to smell the fragrant flowers that day."

I knew exactly which day Ms. Nose was referring to. I was away from home. Mom and Dad were in a different country and the nearest relative was 4 hours drive away. I was unwell. My room mates were doing the best they could but nothing seemed to work. I felt weak and pale. While I was battling and hoping to recover soon, I received a bunch of red roses from Sanket (husband now, fiance then). The flowers were beautiful and the fragrance mesmerizing. With a deep breath, I inhaled the sweet smell, which worked like medicine.

I was all smiles again.

My conversation with Ms. Nose lasted long... while the pungent smell of the drain on my way to office reminded me it was Monday tomorrow, the mention of medicinal smell took me to the ICU where my grandmother was admit. The acrid smell from a dear friend during summer reminded me of her and all the fun we had (ignore the smell, please) and in contrast were the strong smell of perfumes on Dubai airport.

Ms. Nose had won it. I was nostalgic.
She walked me down the memory lane, the farthest and deepest we could go.
Smells had just taught me how closely they were associated with each chapter of my life.
Cheers to the most ignored of the five senses!!

While we were celebrating Ms. Nose's victory, she sensed a sweet, amazingly fresh and pleasant aroma around. I opened my eyes to see Sanket with the Ambipur New Zealand Springs spray in his hands. I rushed to hug him, as the Ambipur room freshener had just revived the memories of our honeymoon and had made me fall in love with my husband all over again.

This post is written as a part of 'Smelly to Smiley' contest by Ambipur on IndiBlogger. To read more click on www.facebook.com/AmbiPurIndia


Linked at : Your Whims Wednesday, Wow Us Wednesdays, Wow Me Wednesday, Too Cute Tuesday Linky Par-tay 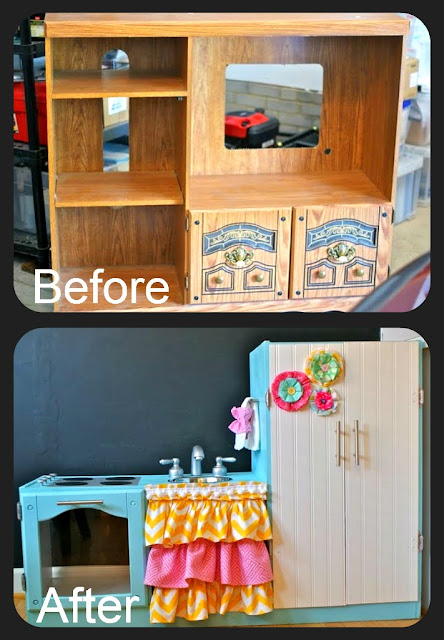